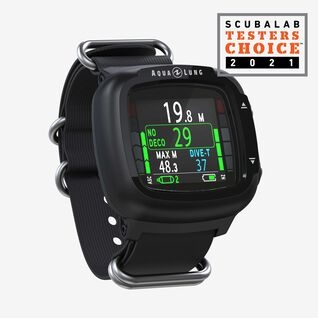 The New i330 Wrist Dive Computer

The i330R is the ideal choice for advanced divers who love exploring the world and need to rely on their dive computers anywhere they are. Thanks to its bright color screen, readable even in sunlight and its rechargeable battery, it won’t let you down. With 4 modes, 3 nitrox mixes, and Bluetooth connection, this is the best value-for-money dive computer from our line-up. Even on the other side of the world, stay connected with your friends. Share the details of your diving adventures on social media via the Diverlog+ app from your mobile device.

For divers seeking reliable performance in an uncomplicated air delivery system, the MK11 / S270 is easy to use, compact and durable. The balanced diaphragm MK11 delivers effortless airflow unaffected by depth, tank pressure or breathing rate. The compact S270 provides smooth breathing performance in a bulletproof anti-scratch design that’s able to handle years of hard use. 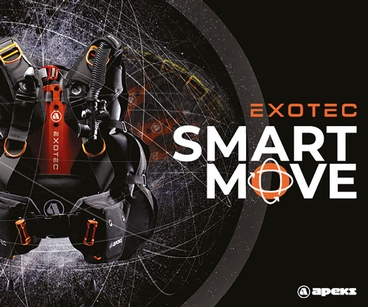 The Apeks Exotec BCD is a revolution in diving comfort, functionality, and seductive engineering design. The ethos behind Exotec is the synthesis of equipment and diver. Created to fit like no other BCD and flow with the natural movement of the diver's body through the innovative BioReact articulation. Constructed with the usual, exacting Apeks build quality, the Exotec is a paradigm of form and function. 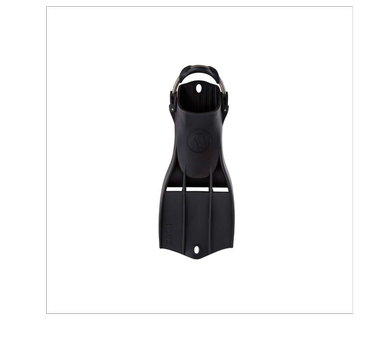 The Apeks RK3 is a rugged thermoplastic rubber fin featuring an over-sized foot pocket to accommodate drysuit boots and a spring strap for easy donning and doffing. The RK3 is available in four sizes: Small, Medium, Large and Super. We didn't give the RK3 fin a shoe size range as this can be very misleading. The environment that an RK3 is used in will tend to dictate the size of fin that you need, for example do you dive in a warm environment wearing wetsuit boots, or are you walking across pebbled beaches and wearing a drysuit and rigid dry boots? Both forms of footwear may be a size 9, but will take up different amounts of space in the fin foot pocket.

Based on one of the first vented rubber fins sold in North America and popular among military and professional divers. Compact, and ultra-rugged for use in harsh environments. Improved foot pocket with spring straps for ease of use with cold hands or thick gloves. The design has been the standard gear issue fin for military, special ops, coast guard and public safety divers for decades. Short wide blade provides maximum forward thrust while maintaining great manoeuvrability. Vented blade design reduces resistance on the upstroke and enhances thrust on the downstroke. The vents also eliminate vortexes that can occur along the back of the blade much in the same way split fins eliminate the vortex. The blade material designed to hold up in the toughest environments, temperatures and abuse. Two large grommet holes designed to fit most karabiners for easy storage of the fins while accessing the dive site. Spring straps as standard. Custom designed buckle holds spring straps in optimum position. Simple push pin design allows simple replacement of springs if necessary.
$185.00   Black, Gray, White, Orange, Pink  (S,M,L,XL)

Authorized Dealers of the following products...

If you are wondering where to dive next, Wayne at Divers Market is a great resource. He has first hand knowledge of dozens of great dive locations the world over, and there’s a good chance he will be able to match you with just the right place. It’s always a joy to drop in the store and chat about diving with someone who is such a real expert.

The reason generations have been faithful to Divers Market is simple Customer Service ( you won't get that on the internet). Wayne and his staff provide the very best in service, sales, training and dive trip planning. Wayne truly loves what he's doing and it shows.

I have been going to Divers Market for the past 10 years since I received my first certification from them.  Everyone there is an expert at diving with significant experience and a great passion for diving. And, they are all so friendly, they make you feel part of their "dive family"!

As a non-diving spouse, I always feel as welcome in the shop and on the trips as though I were an experienced diver. Diver’s Market always makes me feel as though I’m part of the family. My needs as a snorkeler are treated with the same attention and care as if I were a trained diver.

So very fortunate to have traveled the world on so many Diving Adventures that have defined me today as the person and scuba diver that I could only hope to be.

In all of our dealings over the years I have always felt that Wayne was always putting our interests first. He wasn’t just recommending what would be best for his bottom line.

The reason generations have been faithful to Divers Market is simple Customer Service ( you won't get that on the internet). Wayne and his staff provide the very best in service, sales, training and dive trip planning. Wayne truly loves what he's doing and it shows.

On a side note the one thing that always comes to mind when I think about you and all the dives we have done together over the years is that no matter what happens the first thing you say after is THAT WAS A GREAT DIVE. I can't thank you enough for friendship over the years you are a very special guy and I look forward to the next GREAT DIVE!